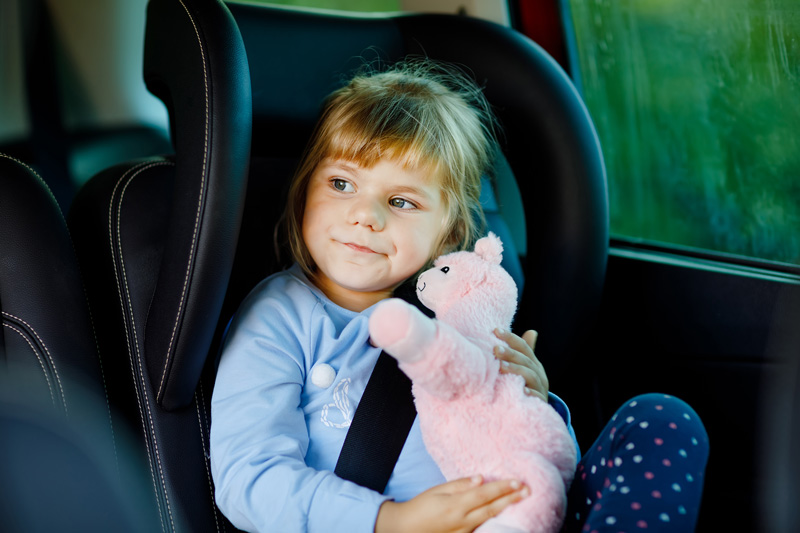 More Nebraska families with young children will benefit from the state’s Child Care Subsidy program as a result of LB485, which Governor Pete Ricketts signed into law yesterday. Introduced by State Senator Wendy DeBoer, LB485 loosens the state’s household income requirements that determine eligibility for the subsidy, which offsets the costs of child care for parents of low income who are striving to achieve financial stability for their families.

The bill also extends partial child care assistance to reduce the “cliff effect” that makes it difficult for working parents to accept promotions or pursue employment opportunities without immediately losing these benefits before they are financially prepared to do so. The new eligibility requirements answer an urgent economic need facing Nebraska’s workforce, employers and communities.

Historically, Nebraska has ranked highest among peer states in the Midwest and Great Plains regions for the restrictiveness of its income eligibility requirements for child care assistance. LB485 temporarily raises Nebraska’s income threshold for subsidized care from 130 percent to 185 percent of the Federal Poverty Level (FPL). The legislation also increases the income threshold from 185 percent to 200 percent FPL for transitional child care assistance for the remainder of a family’s eligibility period. The extended eligibility window is in effect from July 1, 2021, through October 1, 2023, when the household income requirements return to their previous levels.

Significant help for families
LB485 provides significant help for many Nebraska families who struggle with the costs of child care. The annual cost of child care for one infant and one toddler can amount to as much as 69 percent of a four-person family’s annual household income at 130 percent FPL, and nearly 49 percent of family income at 185 percent FPL. According to a Legislative fiscal estimate, the legislation will enable providers to serve an additional 7,128 children through the subsidy.

“This bill is about making it easier for working parents to keep pace with the rising costs of child care while remaining actively and productively involved in the labor market,” said Senator DeBoer. “No Nebraska parent who is willing and able to pursue employment should have to decline an opportunity to provide for their family because they can’t afford child care.”

Proponents of the bill also believe widening access to child care assistance will provide a more stable source of revenue for more child care professionals throughout the state who participate in the subsidy program.

“We believe this is a critical investment in the financial stability of Nebraska families, our child care infrastructure and the employers who depend on a growing workforce,” said Tiffany Seibert Joekel, research and policy director for the Women’s Fund of Omaha, which was joined by the Nebraska Chamber, the Greater Omaha, Lincoln and other local chambers of commerce, Voices for Children in Nebraska, Nebraska Appleseed and First Five Nebraska in supporting the legislation.

“Increasing access to child care assistance is an important part of ensuring a vibrant, balanced workforce. LB485 does just that,” said David G. Brown, president and CEO of the Greater Omaha Chamber of Commerce. “Today we applaud the many individuals, stakeholders, volunteers and leaders who worked together to facilitate the passage of this bill. Teamwork and collaboration move us forward. It’s heartening when that momentum means we can help individuals and families.”

Utilizes federal relief funds
Expanded access to the child care subsidy is made possible by infusions of federal relief dollars to the Child Care Development Block Grant (CCDBG) as part of the Coronavirus Aid Relief and Response Supplemental Appropriations Act (CRRSAA) and the American Rescue Plan Act (ARP). Federal Temporary Assistance for Needy Families (TANF) rainy day funds will be used to supplement CCDBG dollars if necessary, until the provisions in LB485 expire in 2023.

“We applaud the Legislature for making these long-needed improvements to expand access to child care subsidies for families in Nebraska,” said Ken Smith, program director for Nebraska Appleseed’s Economic Justice Program. “This is not only good policy for the welfare of Nebraska’s families, but also for the health of Nebraska’s economy.”

First Five Nebraska also endorsed a proposal for an independent analysis of the bill’s economic effects on families and businesses. We are confident that making the child care subsidy more available to hardworking Nebraskans makes good sense for children, parents and employers. We also believe it is crucial to study the outcomes of this legislation to better inform future policies so the subsidy continues to serve as an important economic, social and educational asset for our state and its citizens.