Newly released U.S. Census data show that 64,127, or 42%, of Nebraska children ages 0-5 face risk factors that threaten their ability to thrive in school and beyond. These children live in every county in the state, and are split between rural and metropolitan areas (45% rural, 55% metropolitan).

Click map to view a table with specific information on each county, including the numbers and percentages of children at risk. From the moment a child arrives for the first day of kindergarten, language proficiency and the ability to interact with peers appropriately—two indicators of a child’s readiness for school—have already been greatly impacted by their earliest learning experiences. Healthy early experiences build a strong neural and social-emotional foundation that helps children find success throughout their lives, with higher high school graduation rates, higher post-secondary attainment, increased likelihood of gainful employment and higher median earnings.

First Five Nebraska developed this map to help Nebraskans make strategic investments that will positively alter the lives of at-risk children and create a path for them to become successful students and adults.

To create the map, we applied the same definition of “at risk” that the Nebraska Department of Education has used for decades to describe common characteristics of children who encounter the greatest struggles succeeding in the classroom. This definition includes four risk factors. To arrive at an unduplicated figure, we counted only the number of children 0-5 who are subject to the first risk factor: living in households with income below 185% of the poverty line. Children who are vulnerable to the other three risk factors likely fall into the first. 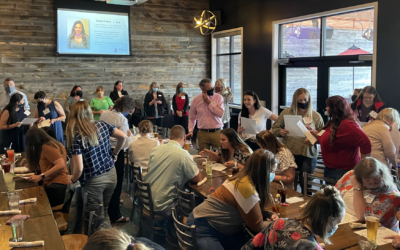 Nebraska’s statewide community of early childhood policy advocates just got larger. This past week, the 2021-22 class of the Nebraska Early Childhood Policy Leadership Academy (PLA) kicked off in Kearney after a one-year pause in the program due to the onset of...

END_OF_DOCUMENT_TOKEN_TO_BE_REPLACED 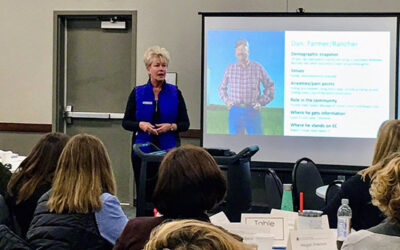