Where we’ve landed on ARPA funds for child care 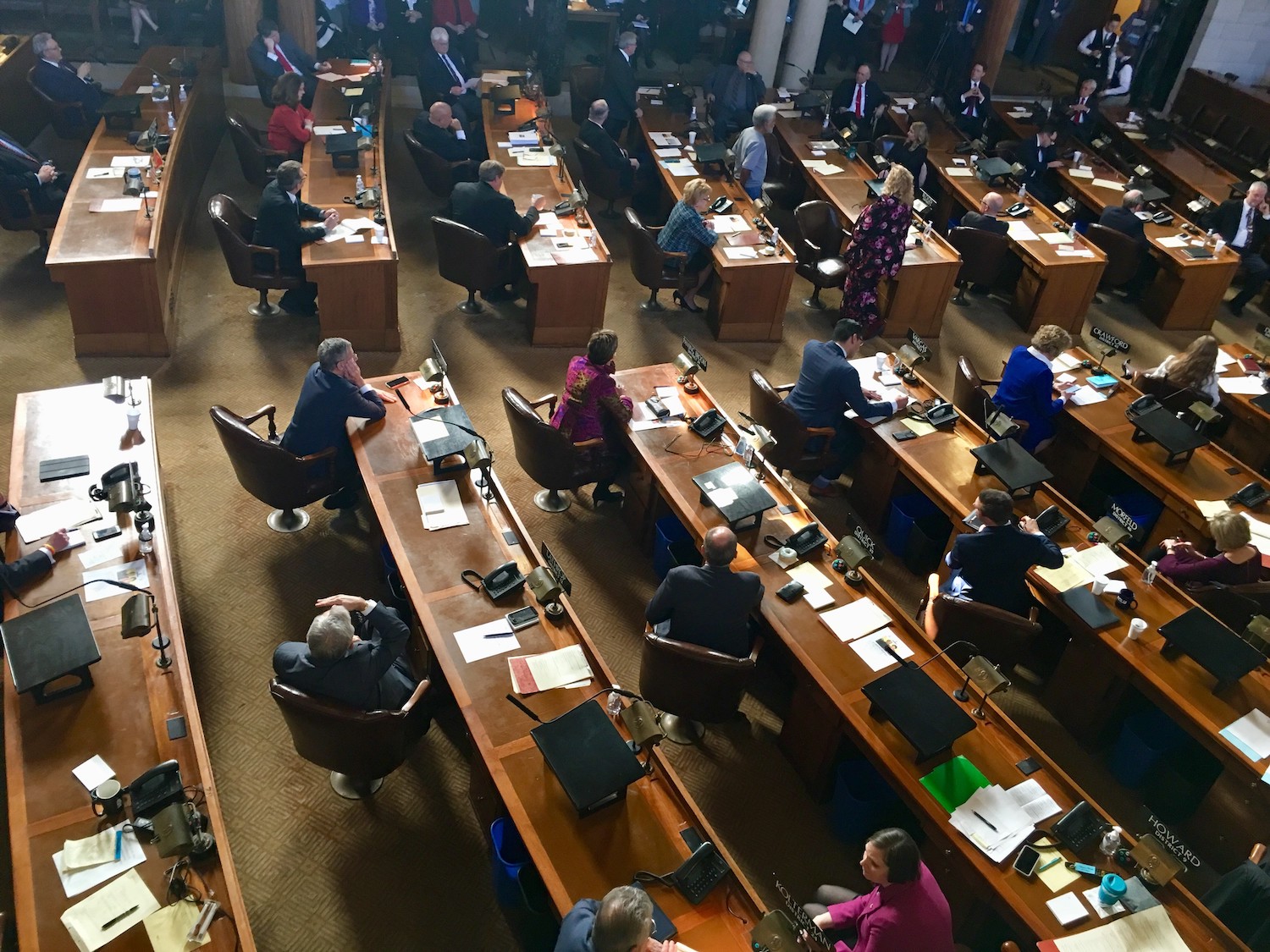 On Monday afternoon, Nebraska took one step closer to deciding how best to use its $1.04 billion allocation of American Rescue Plan Act (ARPA) funding with the adoption of AM2580 into LB1014, which was referred out of the Appropriations Committee earlier this month. The amendment, introduced by Senator John Stinner (District 48), redirects $4 million from proposed rural workforce housing initiatives to assist Nebraska communities in starting up or expanding child care programs to meet local needs. If the underlying bill is signed into law without additional changes, the child care funds will be distributed as grants through a third-party nonprofit organization working directly with communities.

Long, contentious process
Even though we are in the short session of the legislative biennium, the process to determine the disposition of ARPA funds has been long and contentious. Beginning in January, the Appropriations Committee conducted legislative hearings on more than 90 bills addressing wide-ranging proposals for use of the federal relief dollars. These bills totaled nearly $4 billion in proposals for the $1.04 billion of available funds.

LB1203 was among the bills considered by the Appropriations Committee, a comprehensive set of recommendations developed by First Five Nebraska and partner organizations to address some of the most urgent early childhood issues in our state. Specifically, the provisions within LB1203 focused on rebuilding and strengthening the early childhood professional workforce, empowering communities to address local child care gaps and helping hardworking families meet the care and developmental needs of their youngest children.

The proposed early childhood investments outlined in LB1203 weighed in at $100.4 million. Unfortunately, given stiff competition for the federal funds, the provisions in LB1203 were not included in the ARPA bill originally referred out of the Appropriations Committee for floor debate. The introduction and successful adoption of AM1014 helped restore at least some focus on child care in the underlying bill.

During his introduction of the amendment, Senator Stinner spoke at length about the need to increase child care capacity throughout the state, especially in consequence of COVID’s profoundly negative effects on the early childhood care and education sector. Senators Matt Williams, Matt Hansen, Tony Vargas and Mike Jacobson also voiced their support of the amendment, reflecting on the crucial role child care plays in addressing the growing statewide workforce shortage, among other issues.

Ultimately, Senator Stinner’s amendment narrowly cleared the hurdles for adoption into LB1014 on a vote of 26-7-9. Some of the pushback in floor debate centered on why additional federal dollars should be allocated to child care, given this sector has received direct stabilization and programmatic funds in earlier federal relief packages.

Far from stable
It’s important to remember that Nebraska’s child care system was far from stable long before the onset of the pandemic in 2020. Child care programs almost always operate on razor-thin margins that leave these small business extraordinarily vulnerable to marketplace disruptions even in relatively healthy economic conditions, let alone the broad-scale upheavals caused by a global health crisis. Earlier stabilization funds were a necessary measure to help slow the closure of child care programs at a time when these services were crucial to keep frontline workers—especially health care providers—at their jobs while COVID gutted our workforce and economy.

On their own, however, one-time federal relief funds cannot address the fundamental weaknesses in a system that is utterly central to the social and economic infrastructure of our state. Even before the pandemic, those weaknesses were costing Nebraskans about $745 in direct, annual losses due to decreased family income, business productivity and state revenues. Given that 7.4% of our child care programs closed in the space of a single year, the situation is almost certainly worse now.

If LB1014 is signed into law, AM2580 will be a modest, but important step toward helping communities address their specific child care challenges in a more sustainable way that involves collaboration between public and private sectors.