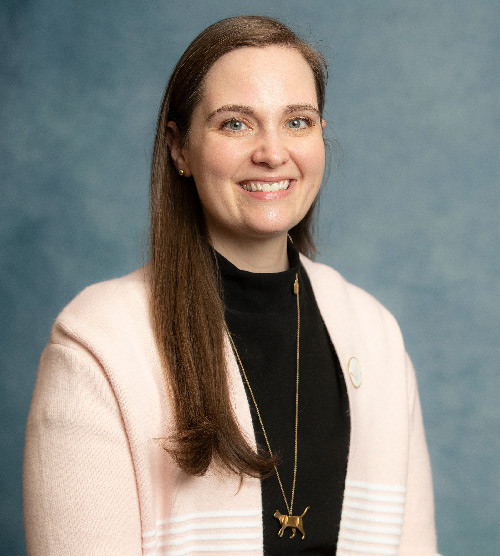 We’re happy to announce that former State Senator Sara Howard has joined our staff as Policy Advisor. She joins the policy team after serving eight years in the Nebraska Legislature representing District 9 in midtown Omaha. She was elected to the Omaha Public Power District Board of Directors in 2020.

During her tenure in the Legislature, Sara served as chair of the Health and Human Services Committee, where her policy work included health care, child welfare, juvenile justice, opioid addiction prevention and occupational licensure.

“We are incredibly excited to welcome Sara Howard to the First Five Nebraska team,” said Jason Prokop, director of First Five Nebraska. “During her time in the Legislature Sara built a reputation as an effective, bipartisan problem solver and brings a wealth of policy knowledge to the organization.”

“I’ve been interested in early childhood education since I participated in the first class of Early Childhood Fellows through the National Conference of State Legislatures in 2013,” said Sara. “It was my first year in the Legislature and it taught me so much about how important the early years are to growing successful adults in our state.”

Besides serving as an Early Childhood Fellow, Sara was a member of Leadership Nebraska Class XI and the Great Plains Public Health Leadership Institute. She is a member of the Child Health Research Institute Advisory Board and the Healthy States National Task Force, and a former member of the Omaha Public Schools Foundation Board of Directors.

Sara has been recognized with the National Association of Behavioral Health Organizations’ Legislator of the Year award, the National Conference of State Legislatures’ Women in Politics Making a Difference award, Health Center Advocate of the Year and the Healthy Kids Alliance Healthy Homes Star award.

Sara received a J.D. from Loyola University in Chicago with specialty certificates in Child and Family Law and Tax Law. She received a B.A. in history from Smith College in Massachusetts. She lives in Omaha with her husband Doug Schroder and their three cats, Waffles, Murray and Duke. Sara is a voracious reader and enjoys used bookstores, travel and Korean dramas. She has completed the Nebraska Passport Program annually since 2014 (with the exception of 2020).

“I have long admired the work of First Five Nebraska in the Legislature and I’m thrilled for the opportunity to support this important mission,” she said. “I hope to bring my background as a senator, as a legislative leader and my experience in maternal and infant health policy to contribute to better outcomes for kids in our state.”