Katie Bass: FFN sees connections between current research and policy work, inspiration for future
There is so much exciting, innovative and important early childhood research happening across the University of Nebraska system, and that research has clear connections to the policies that impact our early childhood system. Dr. Prokasky’s research on sleep and Dr. Finch’s work on executive function connect to policies that support families of young children. Dr. Karabon’s research on outdoor play and children’s understanding of risks, Dr. Macy’s research on assessments and intervention and Dr. Daro’s research on preschool suspensions and expulsions connect to policies in early care and education settings. Our policy team learned about a fraction of the research these scholars conduct, and we found many connections to our current work and inspiration for the future. 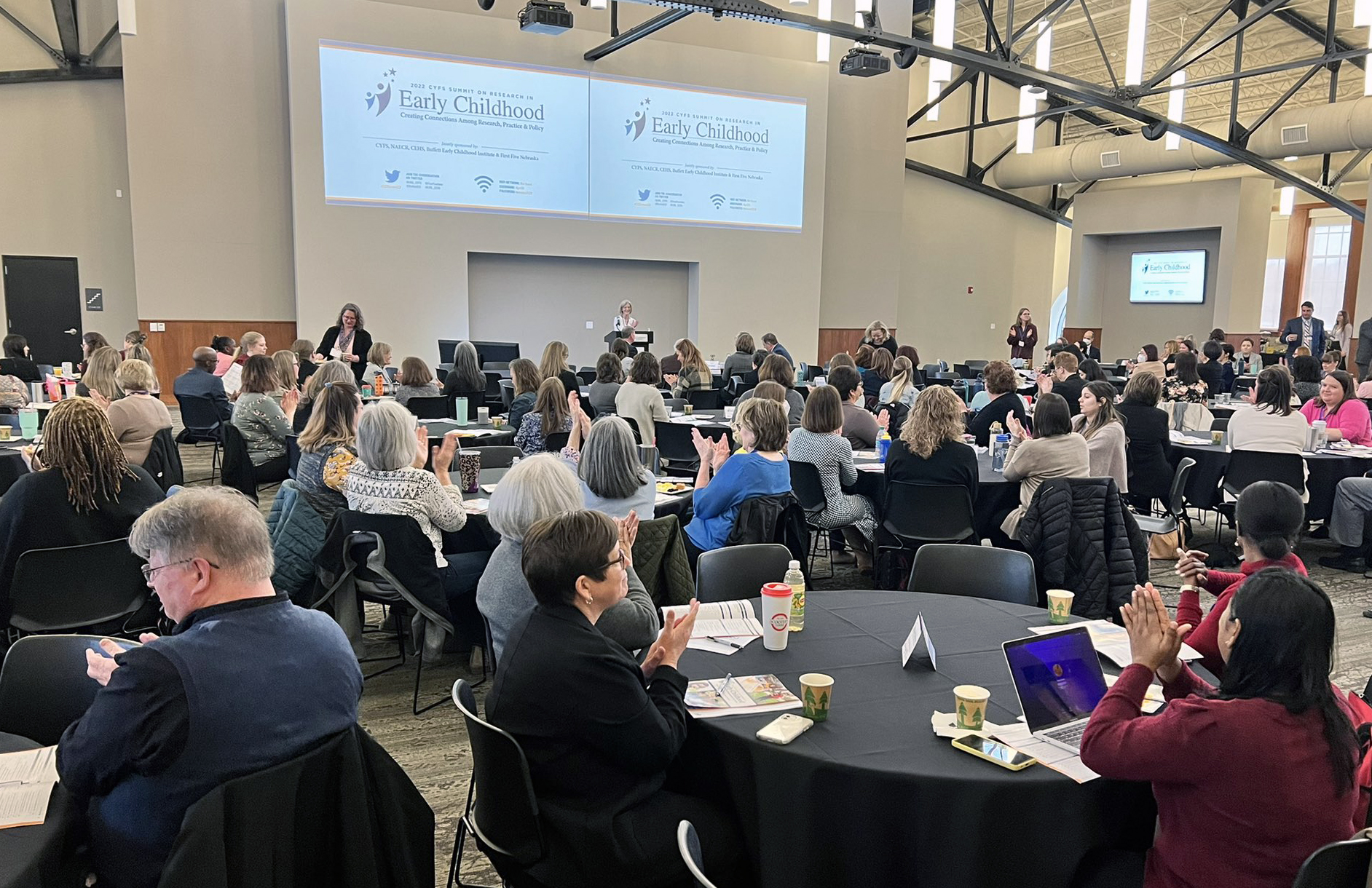 The panel presentation at the Summit was really the first time I had the opportunity to learn what our policy fellows gained from the experience, and I was thrilled they found the program as beneficial as I did.  Most importantly, we were able to develop several ways to maintain this connection beyond the one-year program time frame. I think my favorite example came when some of our policy fellows talked about their plans to create one-pagers about their research, making it more accessible to the policy community. I’m looking forward to receiving those summaries and utilizing them in my policy research and in communicating with policymakers.

Lisa Knoche: Researchers learn Nebraska policy priorities, types of data that’s most useful
The connection with First Five Nebraska has been incredibly productive for researchers in the Nebraska Academy for Early Childhood Research (NAECR) at the University of Nebraska. As early childhood researchers, we are interested in investigating solutions and gathering information that will have a meaningful impact on children, families, schools and communities.

One potential mechanism for impact is via policy change, but as researchers we are often uninformed about the policymaking process. As part of the Policy Fellows program, the First Five Nebraska team has provided significant information to help researchers understand policy priorities in Nebraska, the sources and methods of data that are most influential and approaches for sharing research findings in accessible and practical ways.

Additionally, the fellows had an opportunity to watch and debrief a legislative hearing and learn the best approaches for engaging with lawmakers given their position as faculty members. This process was very well-received by the Fellows.

While the programs of research for the policy fellows were not significantly altered with their participation, they have a better understanding how their work can contribute to the policy discussion in the state and beyond. Most significantly, I am excited about the connection the Policy Fellows program continues to forge between NU and First Five Nebraska that will allow the early childhood research community at the University of Nebraska to be a valuable resource for state-level early childhood policy efforts.