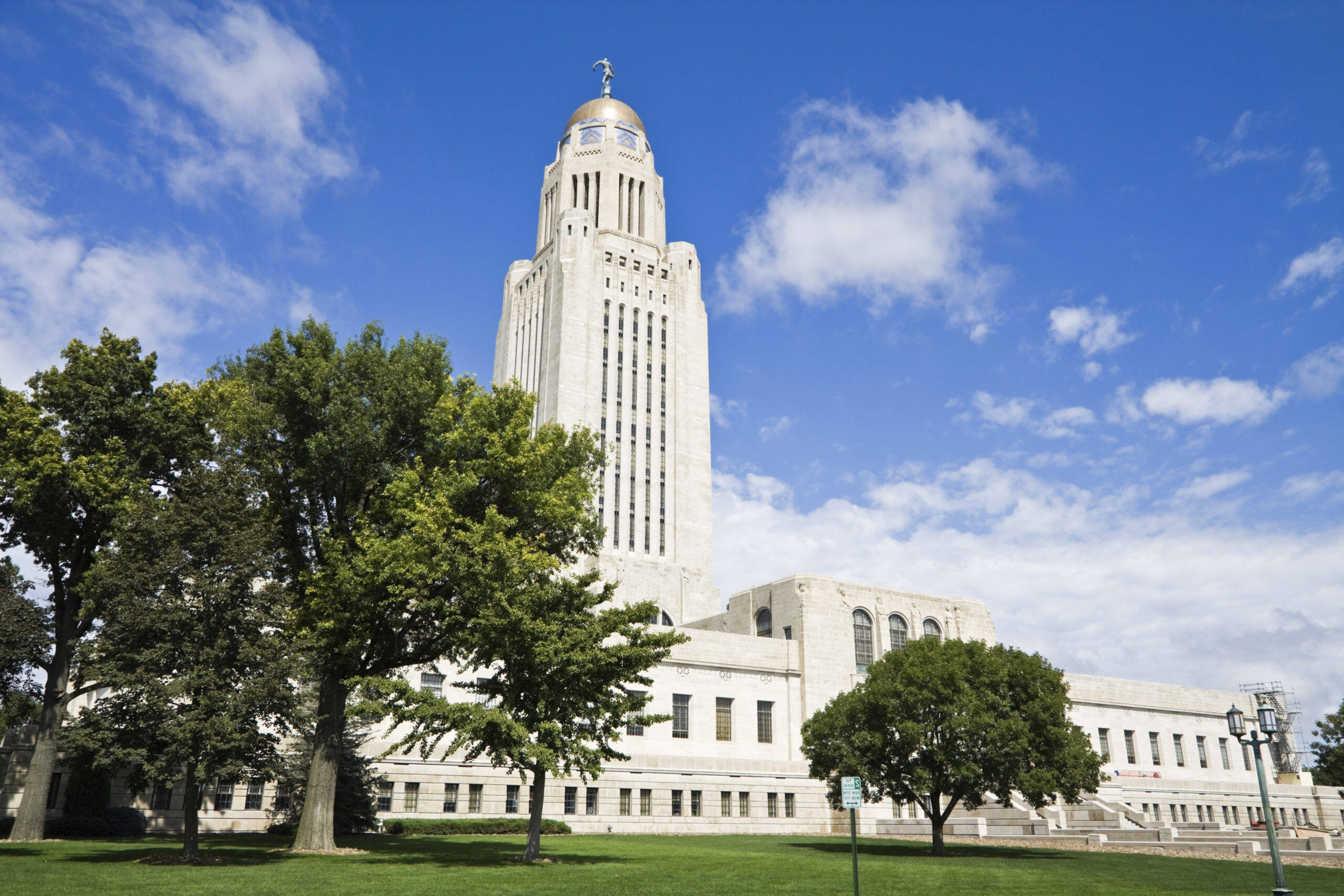 The work of the 2022 Nebraska Legislature is well underway, with state senators meeting for floor debate in the mornings and hearings in the afternoons. Full-day debate is scheduled to begin March 8. Senators are in the process of selecting their priority bills—each senator is allowed one priority bill, committees two bills and the Speaker up to 25 bills. Priority bills are considered ahead of other bills in debate. Priority status is important in this 60-day shorter session, especially with more than 600 new bills introduced this session and 500 carryover bills from last year.

First Five Nebraska is working with state senators on a number of bills important to early childhood and supporting others by providing testimony in committee hearings and submitting letters of support. Below are FFN’s legislative priorities for 2022. They include three bills carried over from the 2021 session and new legislation dealing with, among other issues, the School Readiness Tax Credit, maternal mental health screenings, child care subsidy payments and First Five Nebraska’s recommendations for allocating a portion of the state’s $1.4 billion in American Rescue Plan Act (ARPA) funds to benefit the early childhood field.

For up-to-date information on these bills and others dealing with early childhood, see our website’s Track Legislation page.

Three bills carried over from the 2021 session are:
LB68 – Change provisions relating to reimbursement for services provided by the federal Child Care Subsidy program
Introduced by Senator Jen Day (Dist. 49), LB68 will pay child care providers child care subsidy payments based on a child’s enrollment rather than attendance. It’s currently in the Health and Human Services Committee following a hearing last session.

LB531 – Adopt the Nebraska Child Care Contribution Tax Credit Act
Senator Tom Briese (Dist. 41) introduced LB531 to enable taxpaying individuals and businesses to claim a nonrefundable income tax credit for qualifying contributions that promote quality child care programs in Nebraska; $15 million will be available for each taxable year. A version of the bill was included in LB364 which was debated this session and failed to pass on General File. Senator Tom Brewer has introduced LB1237, another version of LB364 that includes a version of LB531.

LB741 – Provide for review of stillbirths under the Child and Maternal Death Review Act
Introduced by Senator Wendy DeBoer (Dist. 10), LB741 allows for sharing of data related to stillbirths in Nebraska. Fetal deaths were inadvertently omitted when revisions to the Maternal and Child Death Review team were made in 2013. LB741 was unanimously advanced out of the Health and Human Services Committee with an amendment that includes Senator Tony Vargas’s (Dist. 7) LB626 which splits the Review Team into two entities and adds a data abstractor. Senator Vargas has selected LB741 as his priority bill.

LB838 – Require the State Department of Education to create an aid program relating to the early childhood workforce
Under LB838 introduced by Senator Mark Kolterman (Dist. 24), licensed child care providers would have access to health care insurance options through a fund established at the Nebraska Department of Education. The bill was heard January 18 before the Education Committee; a second hearing is set for February 22.

LB854 – Require notice to the Department of Health and Human Services in certain cases of alleged out-of-home child abuse or neglect
Senator Jen Day (Dist. 49) introduced this bill to require Nebraska DHHS to notify the director of the DHHS Division of Public Health Licensure Unit of alleged out-of-home child abuse or neglect by a licensed child care provider. The notification will include whether an investigation is being undertaken by law enforcement or the department. In addition, Senator Day has introduced an interim resolution (LR266) to examine Nebraska’s processes relating to investigation of reports of child abuse or neglect reports in licensed child care facilities. The Health and Human Services Committee heard LB854 on January 28.

LB865 – Change provisions relating to reimbursement for child care and state intent to appropriate federal funds
Senator Wendy DeBoer’s (Dist. 10) bill LB865 appropriates American Rescue Plan Act funds to the Nebraska Department of Health and Human Services to set child care reimbursement rates at the 75th percentile as determined by the market rate survey for FY2022-23 and FY2023-24. A hearing before the Health and Human Services Committee was February 11.

LB890 – Change the Tax Equity and Educational Opportunities Support Act
In addition to other changes, LB890 introduced by Senator Lynne Walz (Dist. 15) changes how students in qualified early childhood programs are calculated in TEEOSA, the formula for state aid to public schools. It would increase early childhood student aid to 100% of the normal student reimbursement to schools. The Revenue Committee heard the bill January 25.

LB905 – Provide for perinatal maternal mental health screenings
LB905 introduced by Senator Lynne Walz (Dist. 15) recommends maternal depression screenings occur during the perinatal period and at well-child visits during a baby’s first year. A hearing for the bill was held January 19 in the Health and Human Services Committee, which unanimously advanced it to General File.

LB929 – Require submission of a Medicaid state plan amendment or waiver to extend postpartum coverage
LB929 expands Medicaid postpartum coverage from 60 days to one year. A hearing for Senator Anna Wishart’s (Dist. 27) bill was January 26 before the Health and Human Services Committee.

LB1107 – Change provisions relating to provider reimbursement for an absent child under the federal child care subsidy program
LB1107 ensures Nebraska stays in compliance with federal regulations while giving the state flexibility to explore other ways to support child care providers who participate in the child care subsidy while maintaining compliance in the future. Senator Jen Day (Dist. 49) introduced this legislation which will have a hearing before the Health and Human Services Committee on February 23.